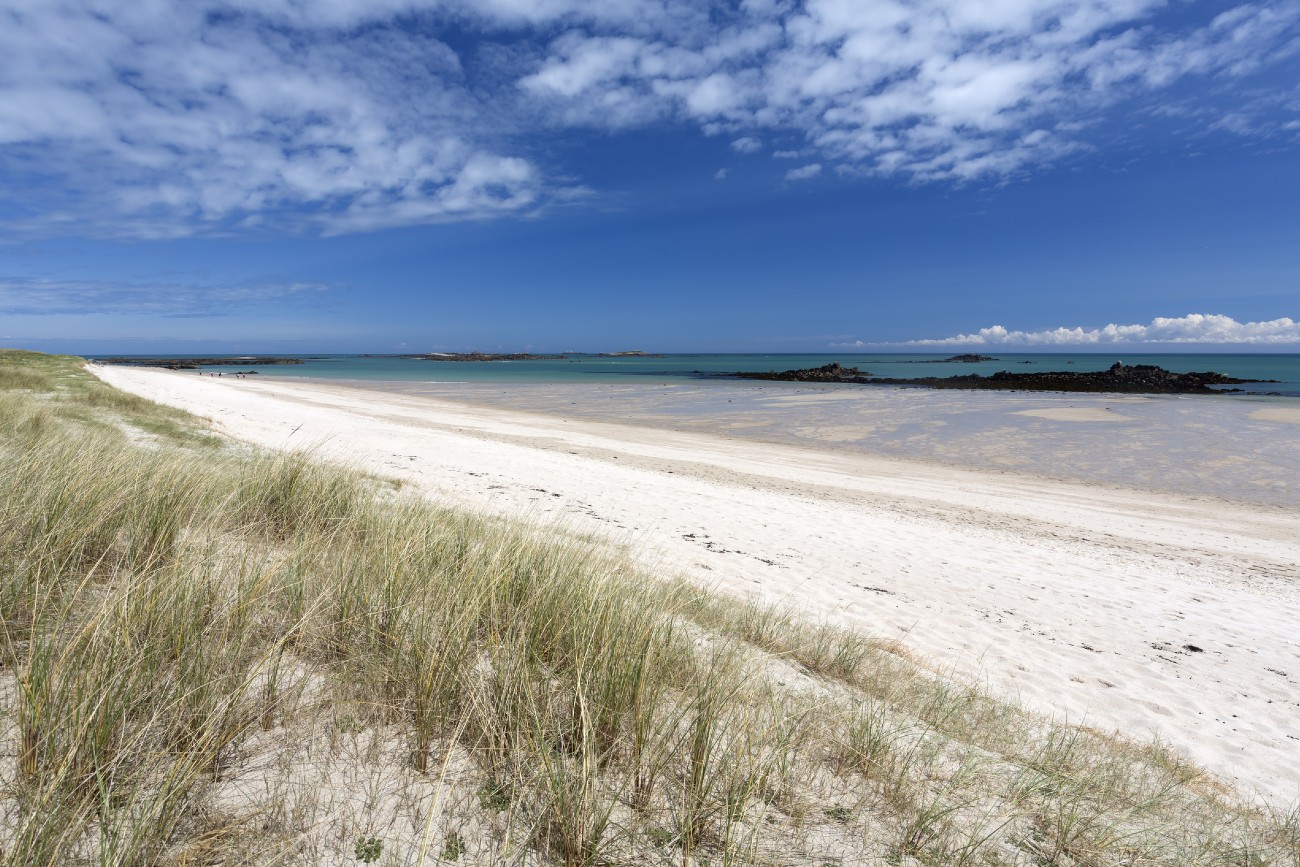 Situated just off the coast of Guernsey, the tiny island of Herm is a paradise of the English Channel. Glorious sandy beaches fringe almost the entire northern half of the island, with the rest made up of rocky headlands which boast fantastic sea views. Less than a hundred people live on the island permanently and it is a place that is completely free of cars, giving it a wonderfully tranquil atmosphere.

Herm has a rich history, with evidence of human habitation going back 8,000 years. The first settlers discovered the island in the Neolithic era, with the northern regions being used for burials. It was also made use of by the Germans during the Second World War, where they would practice beach landings from barges in preparation for invading mainland Britain.

Today, Herm is used for far more recreational purposes and is a very popular destination in the Channel Islands, accessible via the ferry from Guernsey. It is my favourite weekend getaway place. There is very minimal development on the island – a characteristic which adds to its beauty – with the only settlement of note being the village by the harbour. 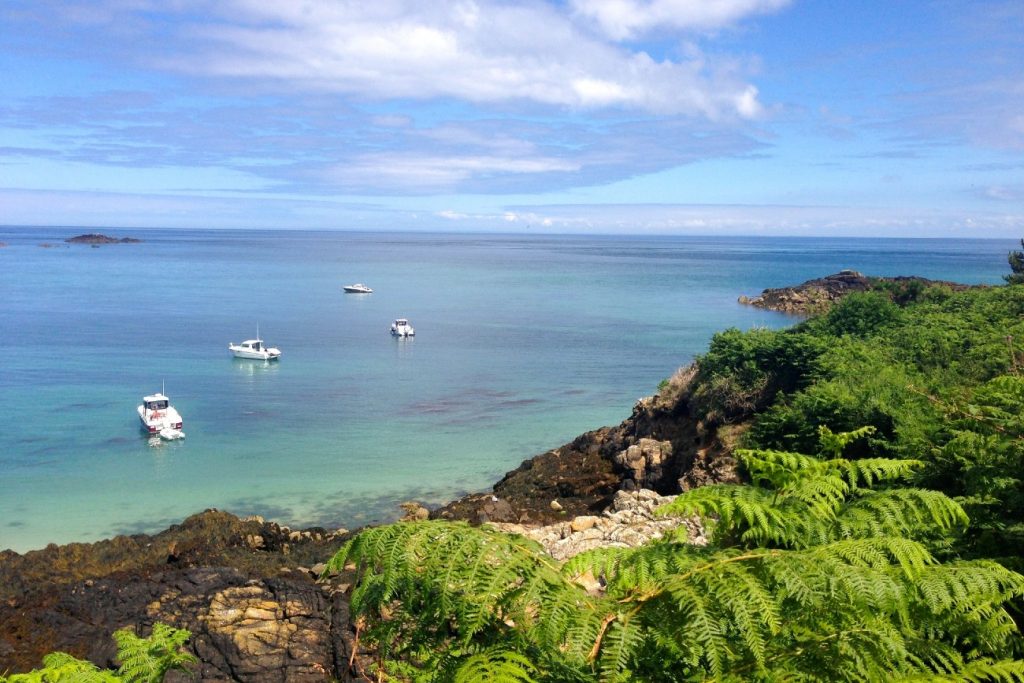 Boats near the island of Herm 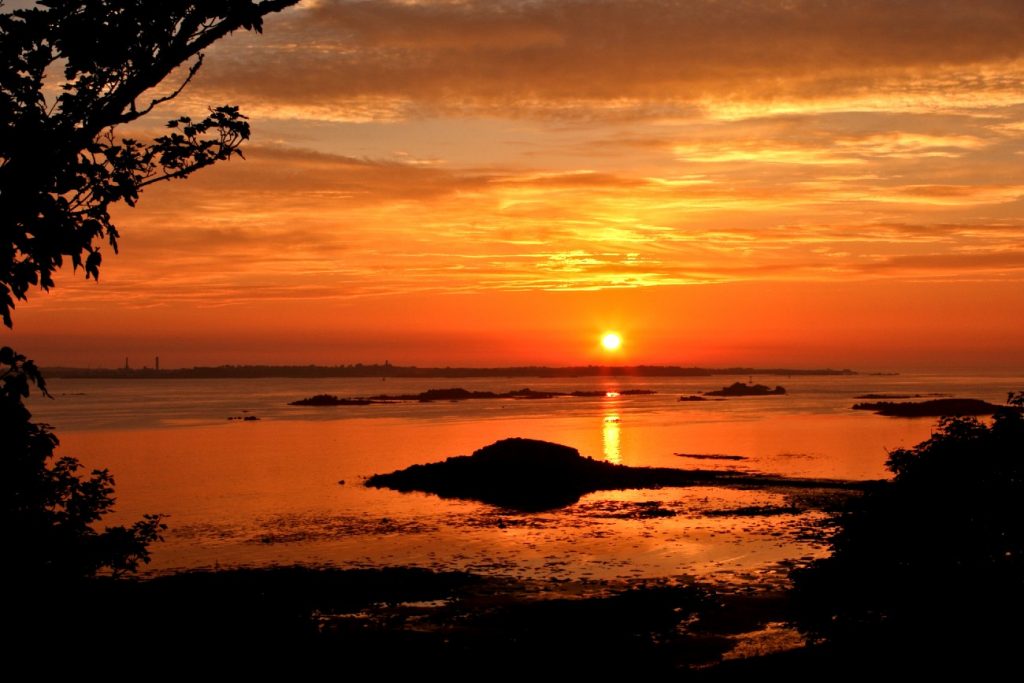 A Room With A View

One of the first things I noticed when I stepped off the ferry was Herm Harbour. It is not substantial by any means, however it lies at the southern end of a shallow bay, making it very picturesque. There are normally a few boats bobbing in the water behind the harbour wall, or resting on the sand when the tide is low. The harbour is the central hub of the island, where you can find the main office building as well as the most popular sites for accommodation.

Top of the list is the White House Hotel & Ship Inn. This large, regal building has a lovely garden area and some excellent views out over the water towards Guernsey. In the spirit of the island, the rooms within the hotel are free of any TVs or telephones, encouraging you to embrace relaxation and avoid any potential stressors.

You don’t have to worry about being stuck for entertainment however, with the hotel boasting its very own swimming pool and tennis court. Fine dining is available at the White House Hotel’s Conservatory Restaurant, or alternatively you can pay a visit to its Ship Inn. The Ship Inn is far more informal and is available to both guests and visitors, offering tea and coffee throughout the day, as well as tasty meals.

While you’re around the harbour, be sure to stop by the Herm Island Gift Shop. Here, you can pick up some great value gifts or mementos, as well as a few useful clothes and items for exploring the island. The shop is located in a quaint Mediterranean-style piazza, which was built by Italian craftspeople in the 1950’s.

From Herm Harbour, you can stroll inland through a lovely area of woodland to come across a real gem on the island – St. Tugual’s Chapel. Dating from the 11th century, this small chapel was built by Norman monks who lived on the island at the time. The site is thought to have held strong religious significance among the locals for many centuries before the chapel was constructed. Although it is named after Saint Tugual – one of the seven founder saints of Brittany – is is unclear whether this is because he visited the area, or simply because his followers wished to honour him.

There are some exquisite stained-glass windows within the chapel, depicting historic scenes of Noah’s Ark, as well as of Guernsey cows. It also has a very pretty garden, making it a lovely place to visit. Interestingly, a collection of human skeletons were discovered in 2010 during restoration of the chapel – the earliest of which were dated from the second half of the 10th century.

If you wish to enjoy a stay on Herm and be completely enveloped within its beautiful natural scenery, the Seagull Campsite to the east of the village is a great option. You can sleep beneath the stars, pitching your own tent on one of the many sea-facing terraces or hiring one from the campsite itself. The campsite has many modern facilities and is an ideal base for exploring Herm and all it has to offer.

Herm village – as well as the island itself – may be tiny in comparison to other destinations within the Channel Islands, however it is easily one of the most relaxing places to go. With several attractions to enjoy and a selection of incredible beaches, it is well worth a visit.

Do you love adventures? Then you should not miss them in the island of Herm. Find out more in the following article: An Outdoors Lover’s Guide To Adventures In The Island of Herm 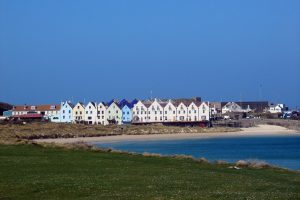 From Occupied Land To Paradise – Longis in Alderney 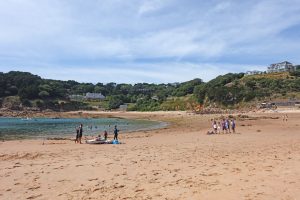 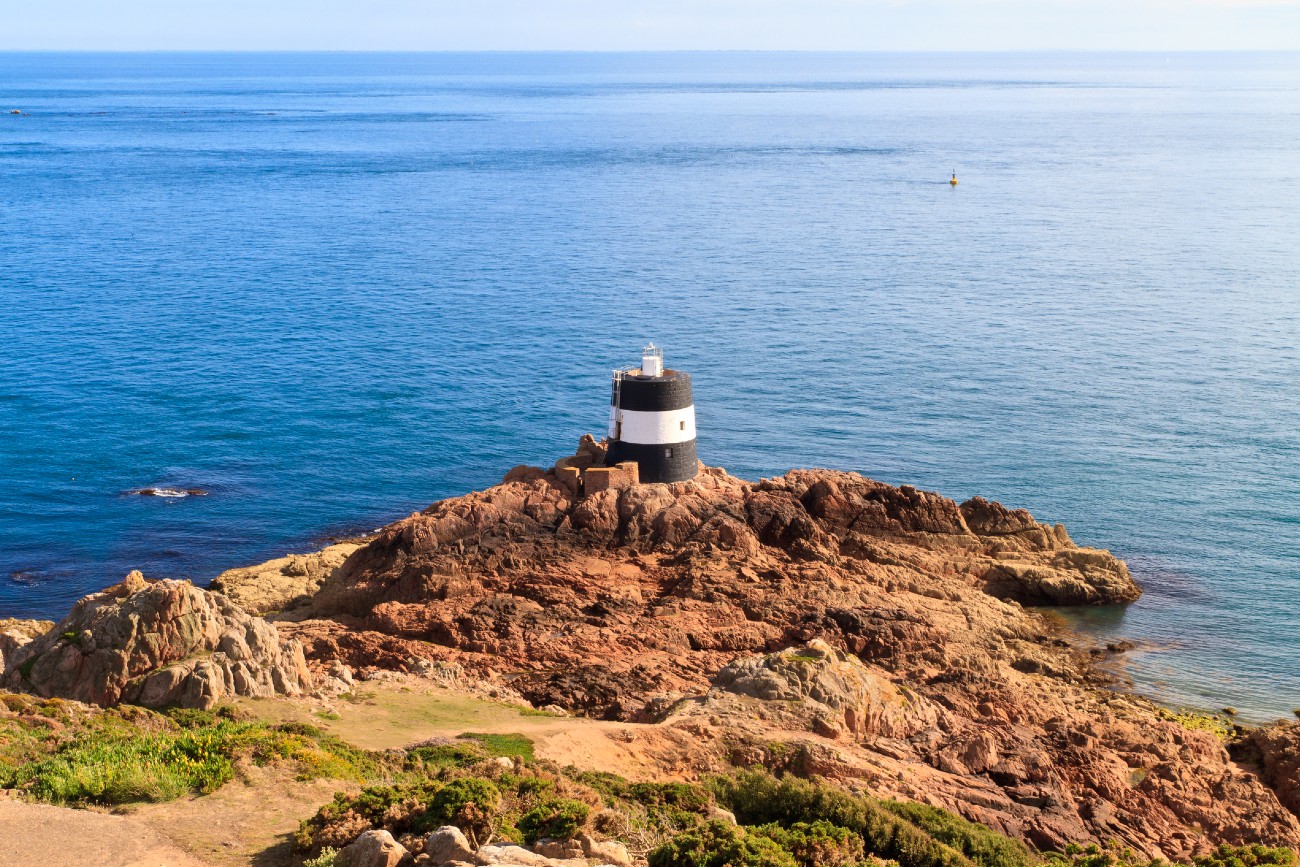