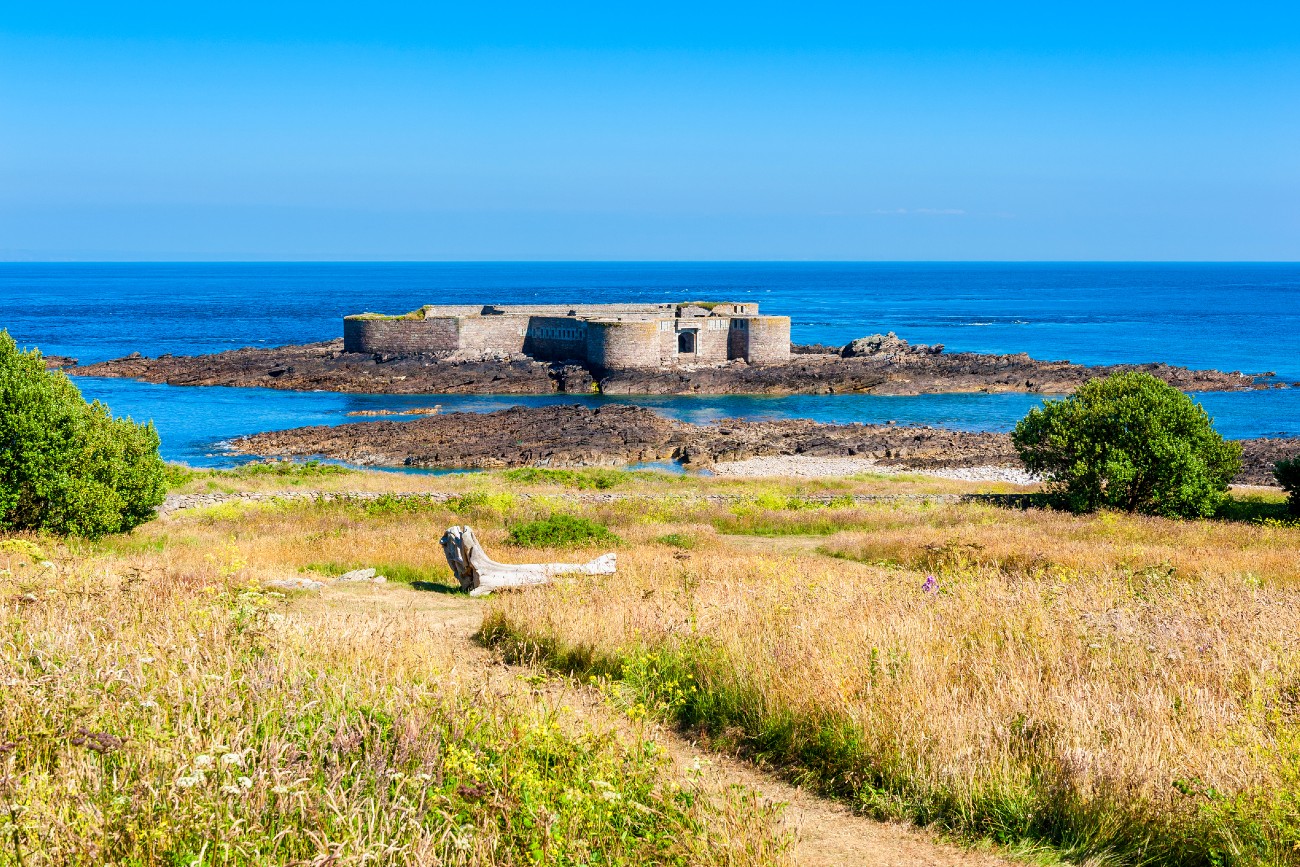 Being one of the smaller, more remote Channel Islands, Alderney is a place of tranquil seclusion, where its 2,000 or so residents live with few distractions bar the crashing of the waves on the coast. The western part of the island is particularly rugged and has some fantastic areas for coastal walking, with great sea views and high cliffs. The landscape here is dominated by shrubby vegetation, with heather, bracken and wildflowers providing important habitats for butterflies and small birds.

While I was standing on the headland at Alderney’s most westerly point, I was looking out towards a pair of small rocks about 100 metres offshore. These rocks are known as Les Etacs, and while at first glance they may not be much to look at, they’re one of the most significant wildlife sites in the Channel Islands.

During the winter, the rocks appear lifeless, but towards the beginning of spring they begin to be colonised by the largest Gannet colony in the region. In total, almost 6,000 birds congregate on these two small islands, where they breed and give birth to young, before disappearing in September. The sight and sound of so many birds in one place can be spectacular to experience, and as the rocks are so close to the shore you can view them easily from the headland. There is even a telescope on site to help you get the best views.

Another slightly larger sight off the western coast is the island of Burhou. This one is a bit further offshore, sitting about 1.4 miles from Alderney, however boat tours are available to let you explore its remote wonder. Being described as one of the most lonely places in the Channel Islands, Burhou has no permanent residents and is instead home to a large colony of Puffins.

The Clowns of the Ocean

An instantly recognisable bird, the Atlantic Puffin is one of the most striking seabirds in the world. With their smart tuxedo plumage and colourful beaks, these birds are a favourite of many a birdwatcher and can be a real treat to see on a trip to the coast. It’s not just their looks that catch the eye, Puffins are also very entertaining to watch. Their playful behaviour on land and rather comical appearance has given rise to their affectionate name ‘the clowns of the ocean.’

In Alderney, Burhou Island and the surrounding waters are the best places to see Puffins, with over 100 breeding pairs visiting every year. Each pair is fiercely loyal to one another, and they often stay together for life – a long-term commitment which can last for 15 years or more.

During the long winter months, Puffins spend their time alone at sea and so when it comes to the breeding season in spring, they reunite with their partners with great shows of affection.

Puffins are surprisingly good at digging and will often construct their own nests on grassy clifftops, into which they lay a single egg. Both parents share in the incubation responsibilities, taking turns to keep the egg warm while the other goes out to fish. Sand eels are their favourite food and Puffins are frequently seen carrying huge numbers at any one time.

One particularly hungry Puffin was once recorded with 83 sand eels in its beak. 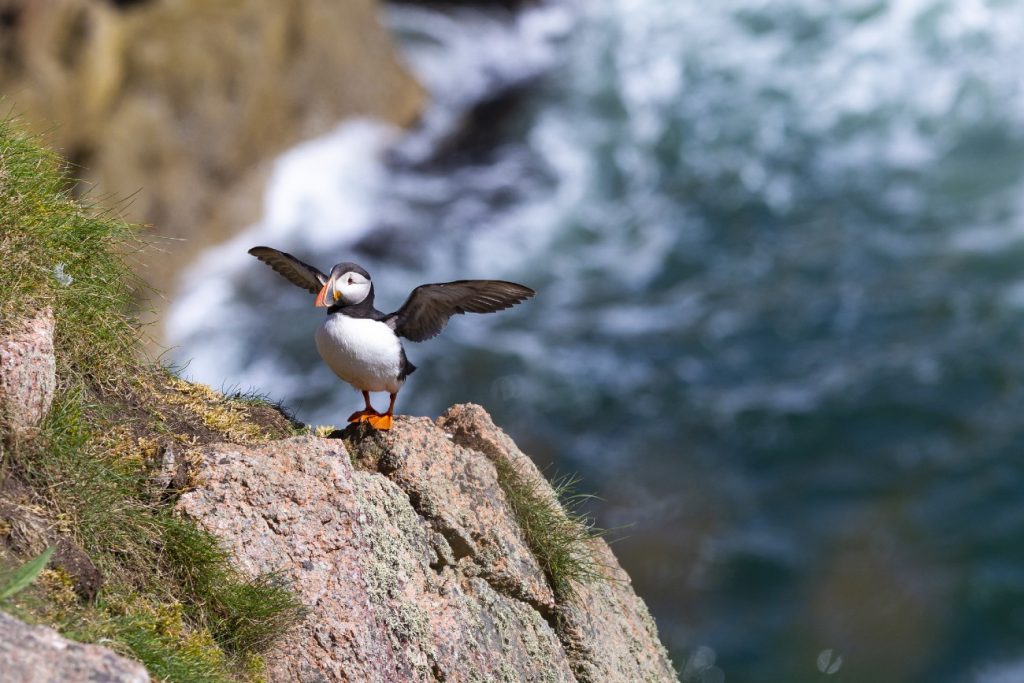 One of the best spots to get a view of Burhou Island from Alderney is Clonque Bay – a long beach that lies just north of the headland overlooking Les Etacs. The scenery here is fantastic, with the grassy headland sloping down to a beach that is partly made up of jagged, rocky areas and partly made up of lovely white sand. When the tide goes out, the retreating water reveals an extensive area of rockpools that is perfect for a bit of exploring. Keep your eyes peeled and you might be able to find some of Alderney’s diverse marine life, with the rock pools being ideal habitats for small fish, sea urchins and starfish.

Clonque Bay is also the site of a large 19th century fortress which goes by the name of Fort Clonque. The building sits on a stretch of land that juts out to sea at the southern end of the bay, and was constructed by the British to protect the coastline from a potential French invasion.

Although nowadays used for self-catering apartments and therefore not accessible to the public, it is still an impressive sight and can be viewed easily from the surrounding headland. If visiting Clonque Bay, be sure to also check out Roc à l’Epine – an ancient burial chamber at the north end of the bay. Dating from 4,000 BC, this is Alderney’s oldest historical site and has been well preserved over the years.

Alderney’s west coast is a beautiful destination and is a place you can easily get away from the busy thrum of modern life. Being home to far more seabirds than people, opportunities for wildlife watching here are great and there are many hidden treasures to find along the way.

Explore another interesting places on the Alderney Island: From Occupied Land to Paradise – Longis 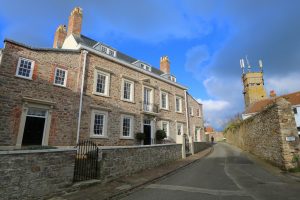 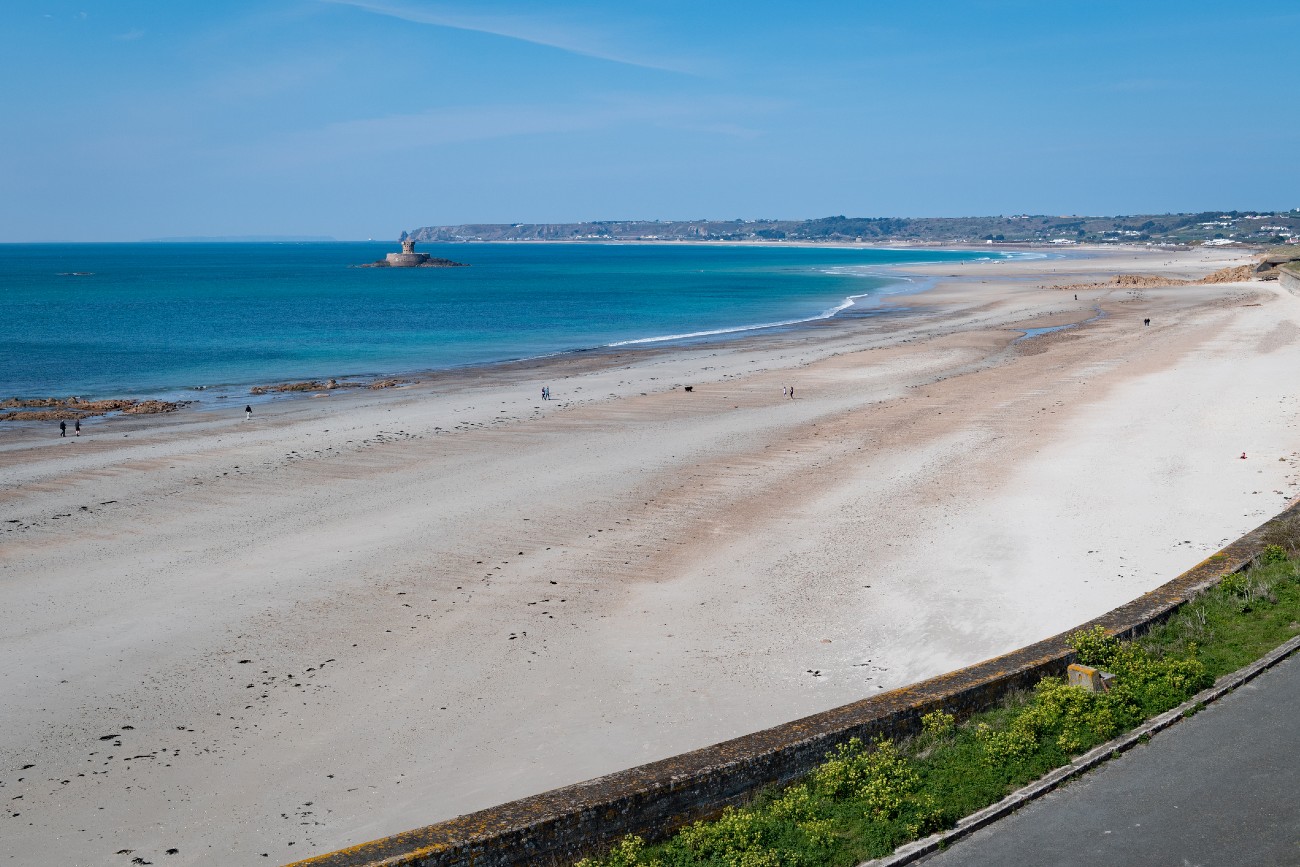 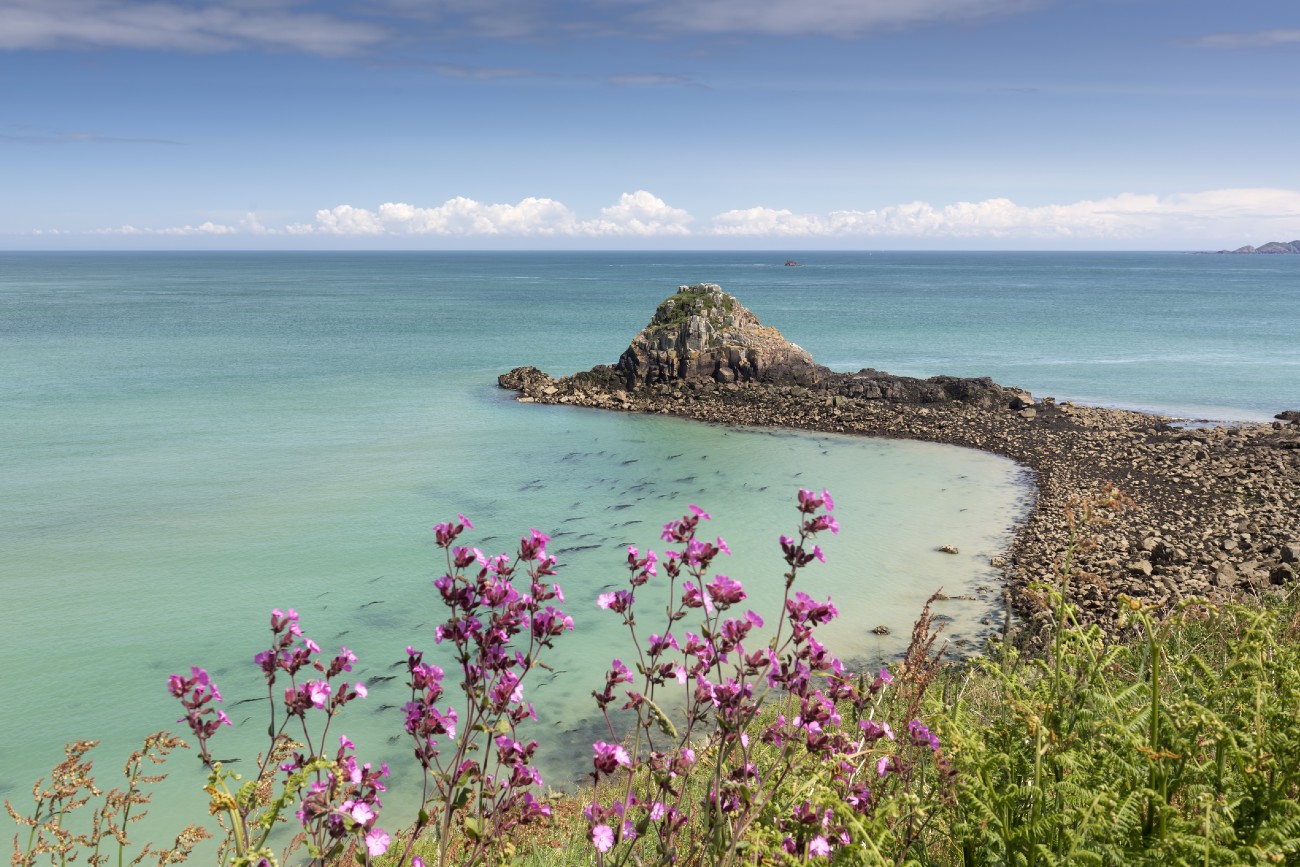