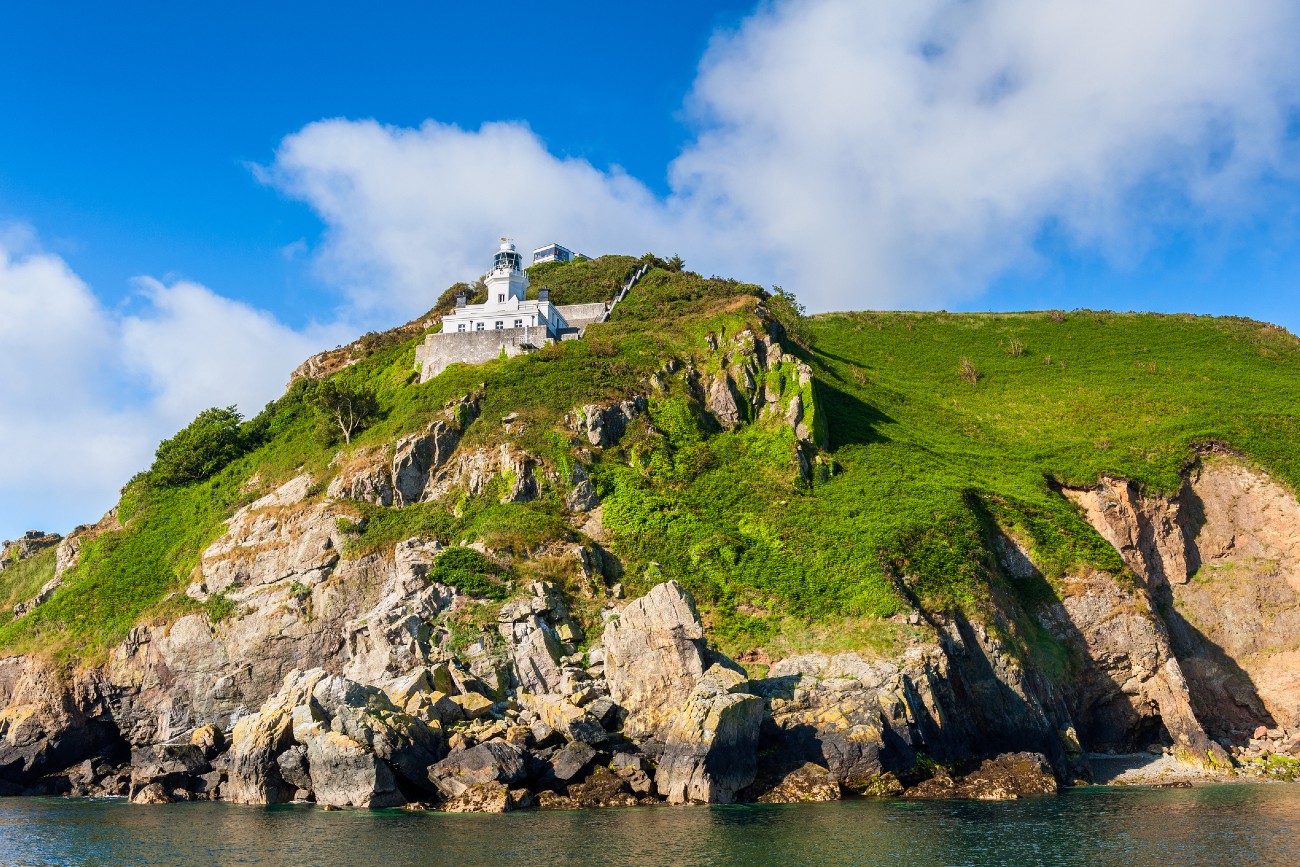 A World of Intrigue – Western Sark and Brecqhou

The lush landscapes of Sark, with the absence of motorised vehicles, are some of the most peaceful places in the Channel Islands to go walking. I always enjoy the tranquillity that is second-to-none and the only sounds you should expect to hear are the rushing of the wind in the grasses and the plaintive cries of seabirds circling overhead.

The western side of Sark is especially quiet, situated away from the island’s main settlements. Combined with this opportunity for escapism, there is a wealth of intriguing sights. Spectacular cliffs topped by grassy plains line the entire western coast, providing stunning views out towards the island of Brecqhou.

Brecqhou was once thought to be part of Sark, but rising sea levels have long since severed the geographical ties between the two, with Brecqhou now lying a few hundred feet offshore. A private island, it opened its doors to the public in 2012 and visitors are now free to pay a visit.

Although the island is very small – only covering around 74 acres – the highlights include views of the grand castle known as Fort Brecqhou, as well as the beautiful seascapes out towards Herm, Guernsey and Jethou. Even without a direct visit, the views of Brecqhou from the Sark coastline can be worth it alone and one of the best spots for this is Pilcher Monument. Sitting atop the wonderful cliffs overlooking Havre Gosselin Bay and Brecqhou, this monument was erected in memory of an oil merchant killed in a boat wreck in 1868.

If you continue northwards from this point, the fresh sea air will gently blow you towards one of Sark’s very own natural wonders – the Gouliot Caves. This large cave system is the only one in the UK and Channel Island region to be protected by law, due to its distinct ecological significance. You’ll need to time a visit to the caves right, however, as they are only accessible at low tide.

A Wealth Of Wildflowers

With its warm maritime climate, the Channel Islands as a whole are ideal for wildflowers and Sark is no exception. During the spring months, thousands upon thousands of vibrant plants begin to bloom on the island’s headlands – a colourful example of nature at its very best.

In late March and April, the woodlands become carpeted in bluebells. These flowers are one of the most reliable indications that spring has arrived and they tend to favour shaded areas among ancient woodland. These habitats on western Sark are a prime location to see the species.

On the coastline, a range of wildflowers can be found, growing in colourful explosions of pinks, violets and yellows. In particular, look out for lilac sand crocuses and bright pink sea thrift – both common flowers which thrive on undisturbed headlands by the ocean.

Other species to be found include the forget-me-not, whose flowers are a contrasting mix of blue and yellow, and the mossy stonecrop, which is often described as resembling a small, furry caterpillar.

Sark also has its very own variety of wild garlic, which is a popular snack among the island’s population of wild goats. For the best way to see Sark’s wildflowers, consider getting involved in the Wild Flower Fortnight. During this event, you can enjoy guided walks which aim to provide some expert knowledge on the island’s floral diversity. 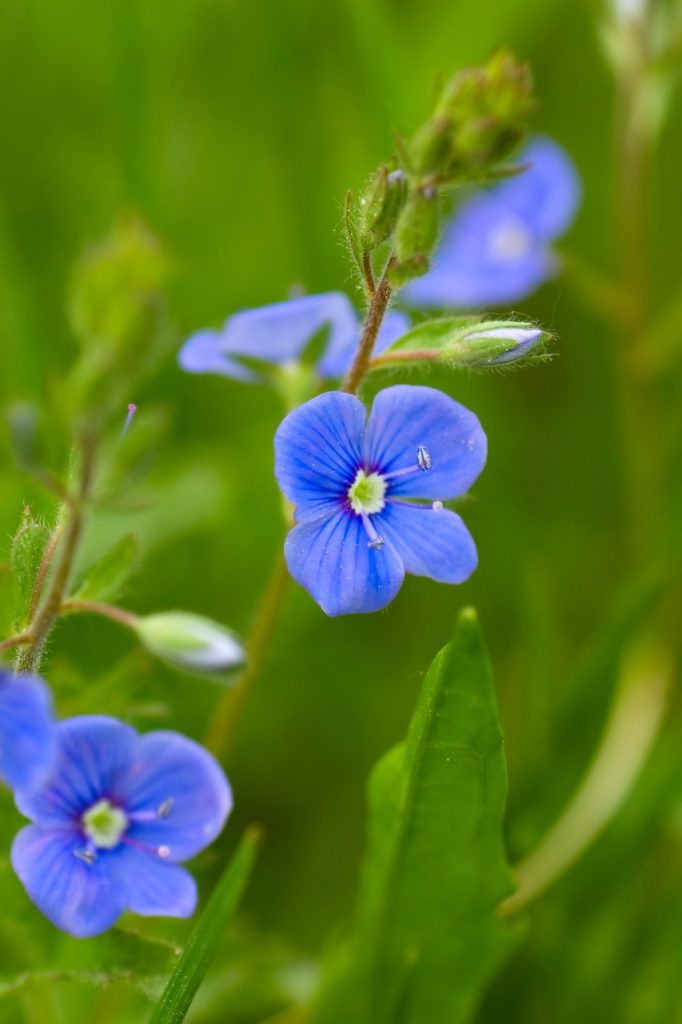 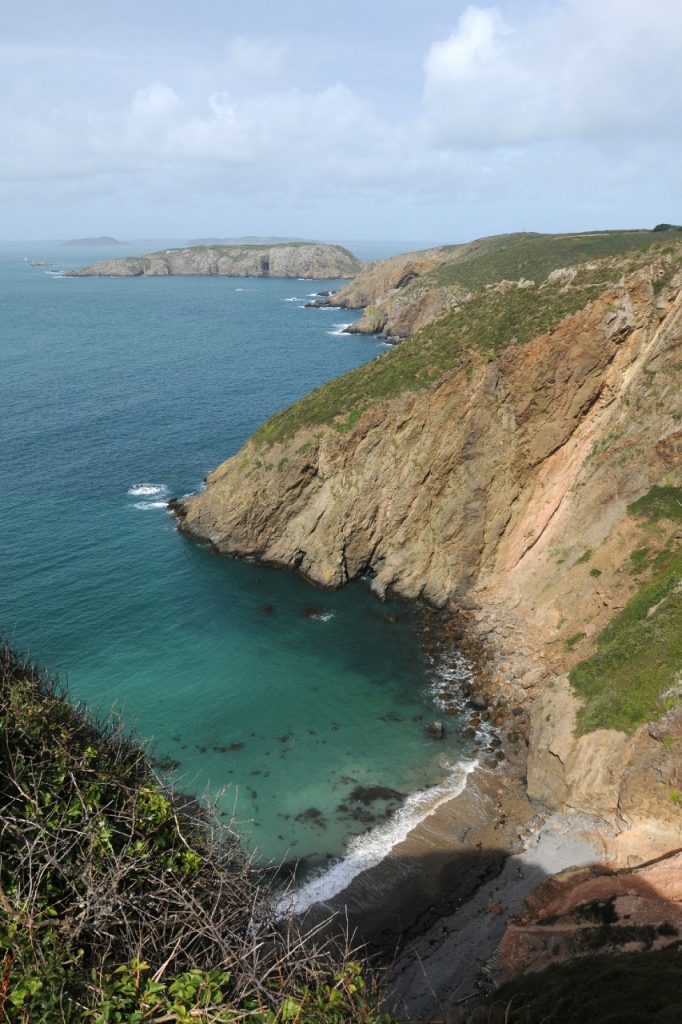 La Grande Greve Bay of Sark looking over to Brecqhou

It’s always a good idea to keep an eye out for wildlife on the Sark coastline. While the spring blooms are a bonanza for bees and butterflies, one of the most endearing creatures to be seen on the island is the Fulmar.

Fulmars are similar in appearance to gulls, however they are far more closely related to storm petrels and shearwaters, sometimes being compared to mini albatrosses. They can be distinguished from gulls by their straighter wings and softer features – a characteristic which has led to them being described as one of the prettier members of the seabird family.

Looks can always be deceiving however, and the innocent appearance of the Fulmar not to be underestimated, as they will happily spit a foul-smelling mixture of oil towards anything they see as a threat. For many years, this oil was considered valuable due to its perceived medicinal qualities, and was harvested by many inhabitants around the British Isles.

The Fulmar breeding season starts in May, with the birds nesting in large colonies on the cliffs of islands such as Sark, where they can be seen all year round. The birds form monogamous pairs and are highly faithful to both each other and to their nest sites, often returning to the same breeding location year after year. Being true birds of the ocean, seafood is a favourite for the Fulmar and their diets consist of shrimp, squid and fish.

For a coastal experience through and through, the western headlands of Sark are not to be missed. And with the region being rich in both flora and fauna, it’s only made better by the spectacular scenery which surrounds it.

Don’t miss another incredible places on the Sark island. Learn more in the following article: Adventures On The Island Of Sark 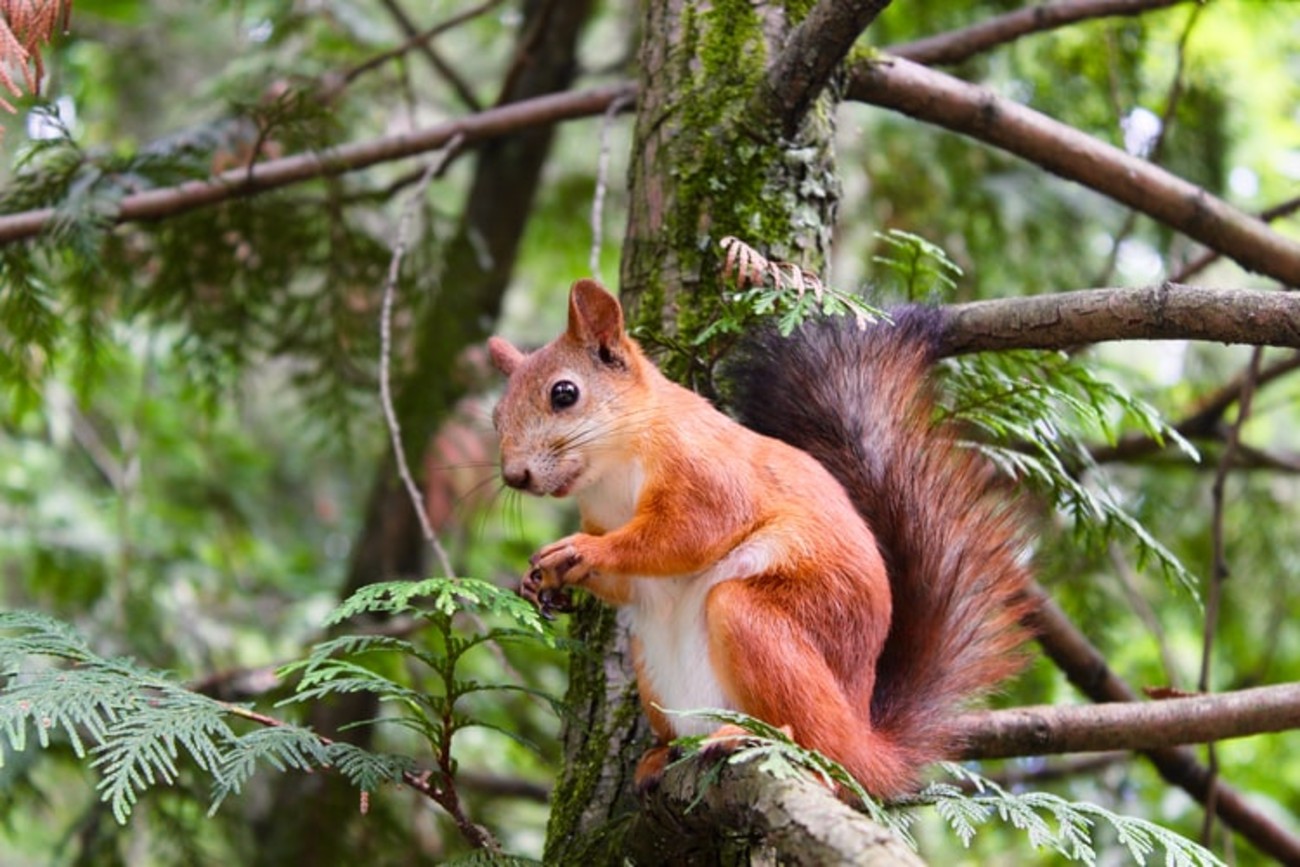 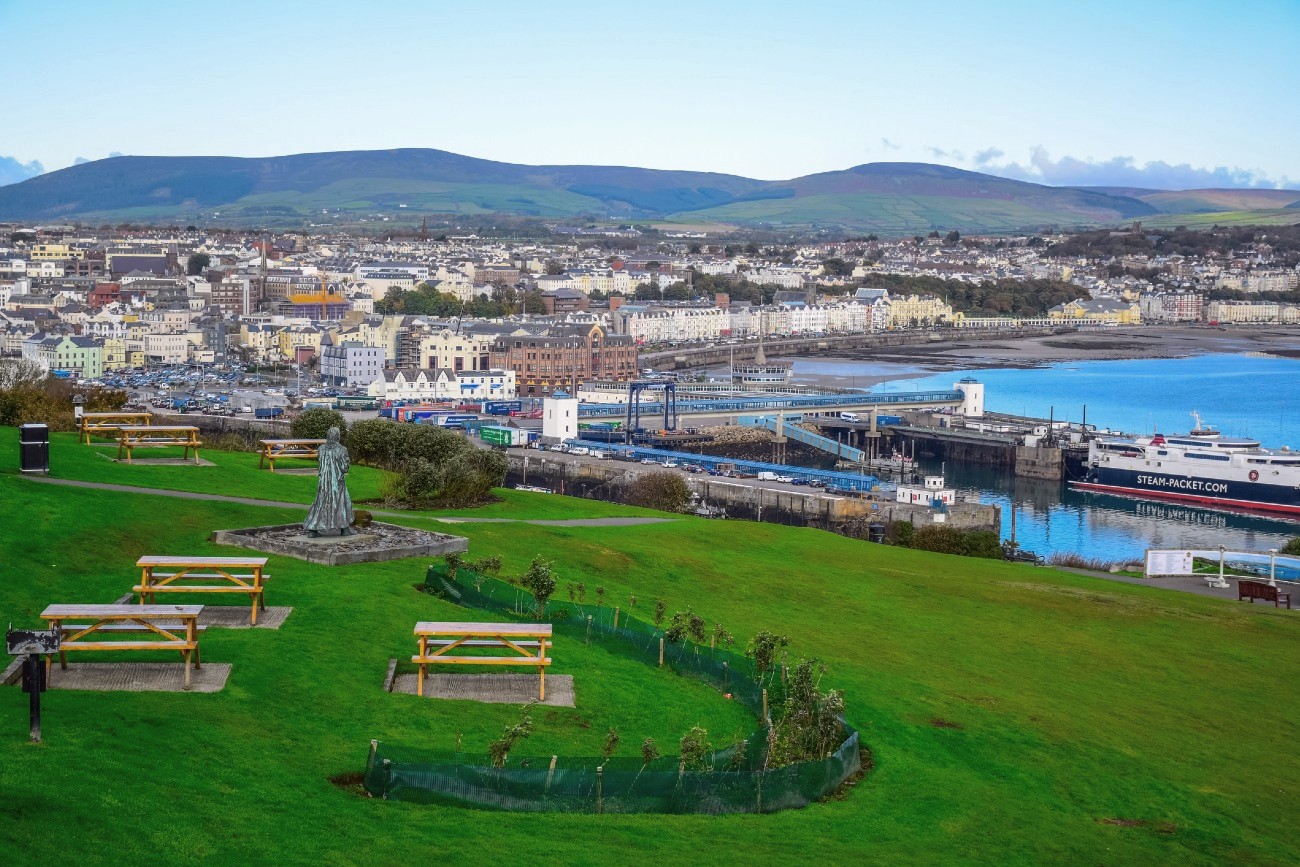