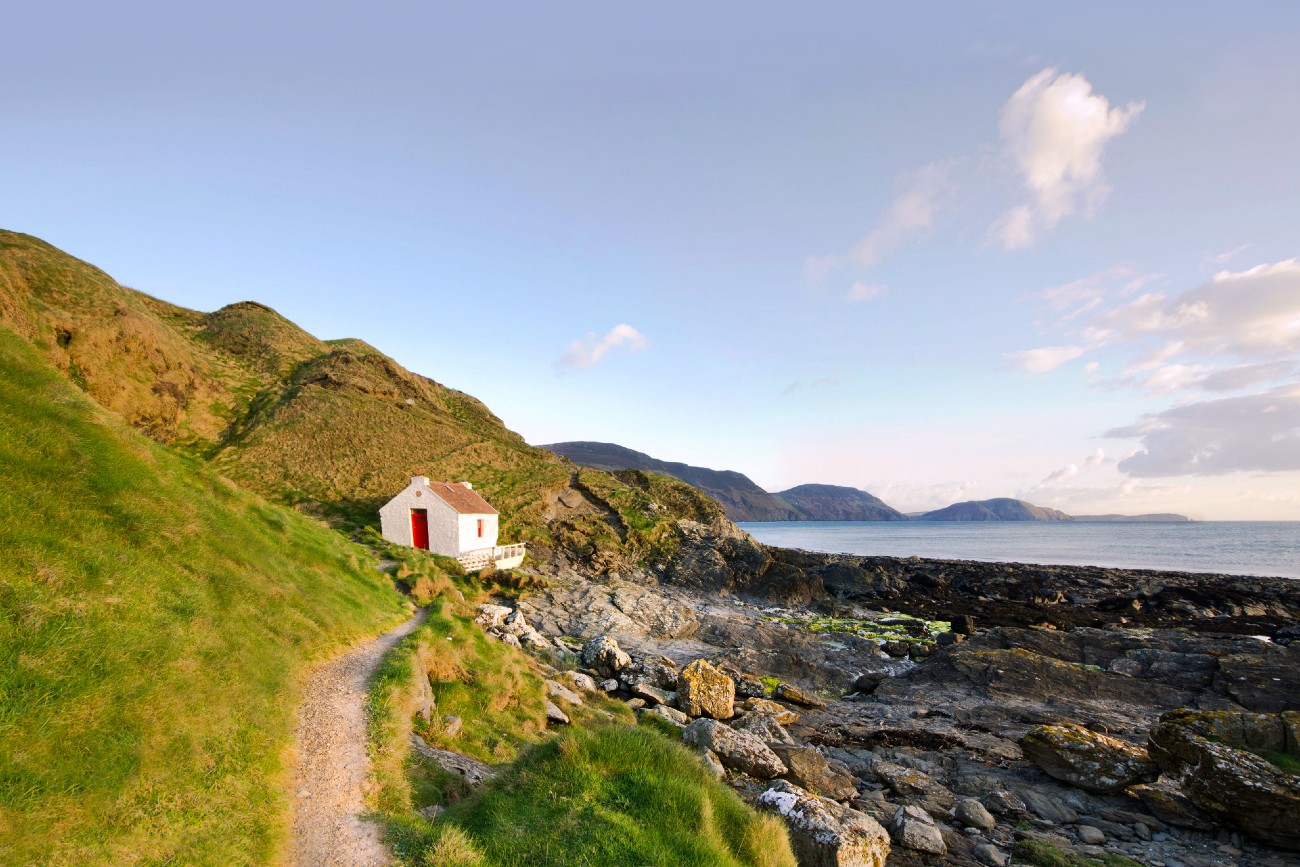 Hailed as one of the Isle of Man’s premier beauty spots, Niarbyl Bay is a rocky promontory on the island’s western coast. Located just south of Dalby Village, Niarbyl is known as The Tail in the Manx language, for the way the promontory extends out into the Irish Sea.

It features some dramatic stretches of coastline, with stunning views of the surrounding bays and headlands. On a clear day, the Calf of Man is visible to the south and you can even look right across the sea to the Mountains of Mourne on Ireland.

Many visitors come to Niarbyl for the sunsets that blaze across the western sky, but it can also be a great place to come after dark, offering some of the best stargazing opportunities on the island. Even I have to admit that sunsets at Niarbyl are one of my favourites.

There are a number of small beaches on the promontory, but the one at Niarbyl Bay is perhaps the most idyllic. With a mixture of sand and rocky areas, it can be hard not to spend hours here lounging on a beach towel, providing the weather is favourable. The bay and its surrounds are owned by Manx National Heritage, which maintains the fragile ecosystems and also provides a small cafe and visitor centre.

A short stroll along the Niarbyl coast will reward you with a walk that encompasses high cliffs, quaint thatched cottages and a view of an early Christian chapel that dates back to the 8th century. Seabirds are common sights, especially in the spring months, and you might be lucky to spot seals or dolphins just offshore.

One of the most interesting aspects of the west coast of the Isle of Man is the unusual geology in the area. The more observant visitor to Niarbyl might notice a strange formation in the rocks down near Niarbyl Bay. Known as the Lapetus Suture, this formation is actually a fault line where two continents meet.

The rocks to the north of this fault line are thought to be 480 million years old, belonging to the ancient continent of Gondwana. To the south, the rock is formed largely of sandstone that originates from a continent known as Laurentia, of which Scotland and North America are parts. If you know where to look, you can stand directly on the fault line, with one foot on each continent.

Another feature of Niarbyl’s landscape is a small island lying just offshore, about 200 metres or so from the coast. At low tides, the retreating water reveals a pathway to the island through the network of rock pools and seaweed. It can be tricky to find a way up to the island, as it’s quite rocky, however the top of it is covered in short grass and wildflowers such as sea thrift.

The larger rock pools around this island are home to a plethora of sea creatures such as Butterfish, Shore Crabs and Sea Anemones.

Keep an eye out for tough, leathery pouches known as mermaid’s purses. These structures are quite common along the Manx coast and are the egg cases of sharks and rays, designed to protect the embryos as they develop. Often, mermaid’s purses wash up empty, but the occasional egg case might have a baby shark growing inside. 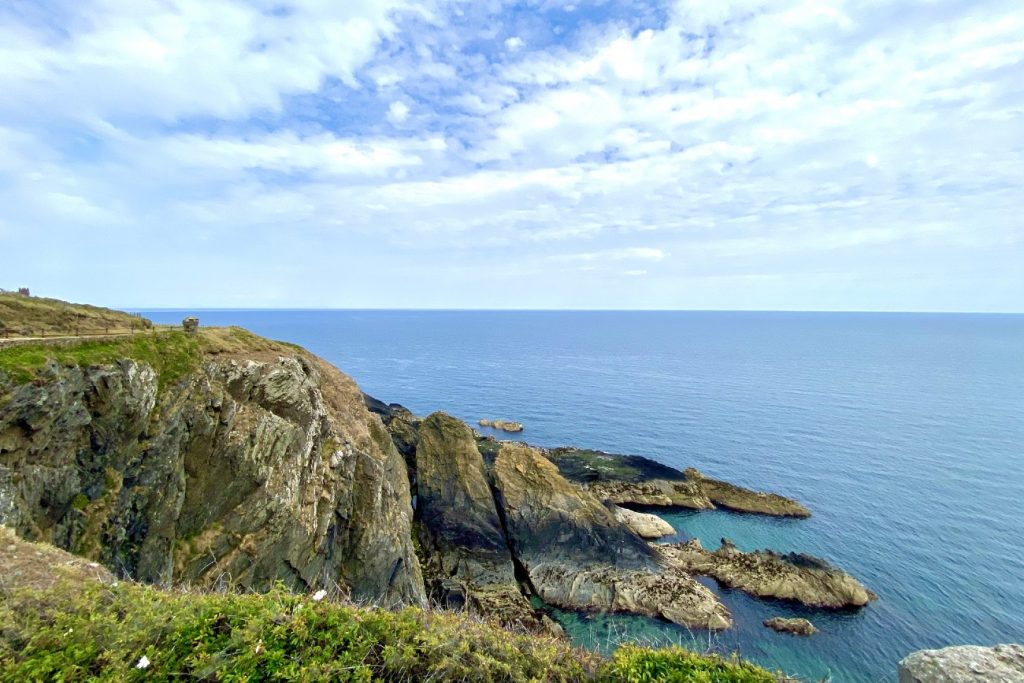 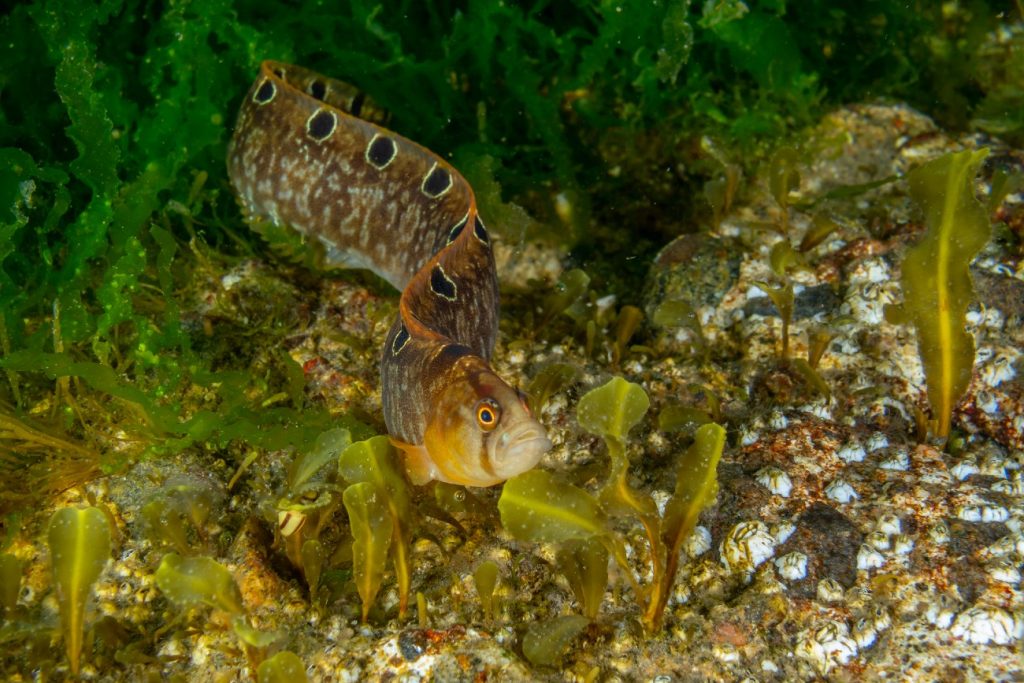 While the rock pools around Niarbyl might be home to the tiny embryos of developing sharks, the deeper water further out is a feeding ground for sharks which are thousands of times larger. Every year, the warm summer temperatures herald the arrival of one of the largest fish in the ocean – the Basking Shark.

Reaching lengths of 12 metres and weighing up to 6 tonnes, these ocean giants are some of the most impressive marine animals, second only in size to the Whale Shark. Despite their fearsome appearance, Basking Sharks are completely harmless to humans and only feed on plankton and krill. They do this by swimming through the water with their mouths wide open, filtering food as they go.

Being very slow swimmers, Basking Sharks tend to live quite leisurely lives, drifting between the world’s oceans and following large plankton blooms. This is what brings them to the Isle of Man between May and August, as the warm weather concentrates plankton at the water’s surface.

The south-western coast of the island is a particular hotspot, having higher shark densities than any other part of the British Isles. As they often come close to shore in order to feed, Basking Sharks are easy to see from land and this makes the cliffs at Niarbyl a prime location for shark spotting. Keep an eye out for their tell-tale triangular dorsal fins as they glide through the water.

There are many wonderful spots on the Manx coastline, but the Niarbyl promontory is a stand-out location. With some incredible views and chances to see a diverse range of marine life, it’s perfect for a day out by the sea.

Explore also other parts of the island! Read the following article: The Woodland Glens Of The Isle Of Man 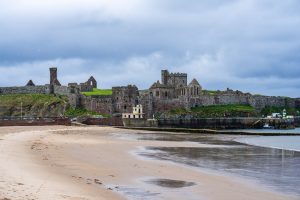 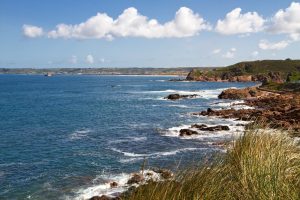 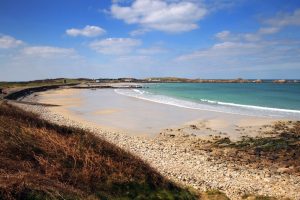 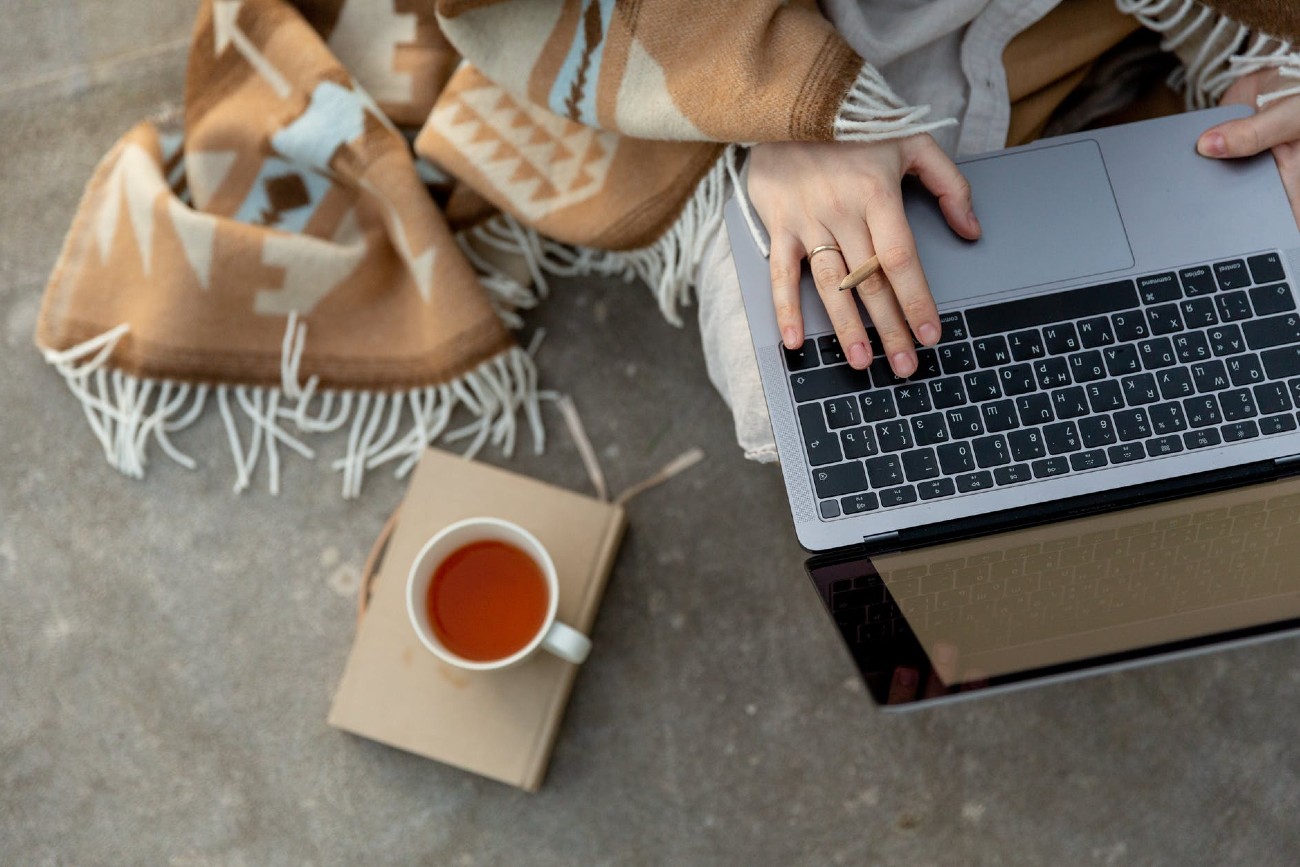 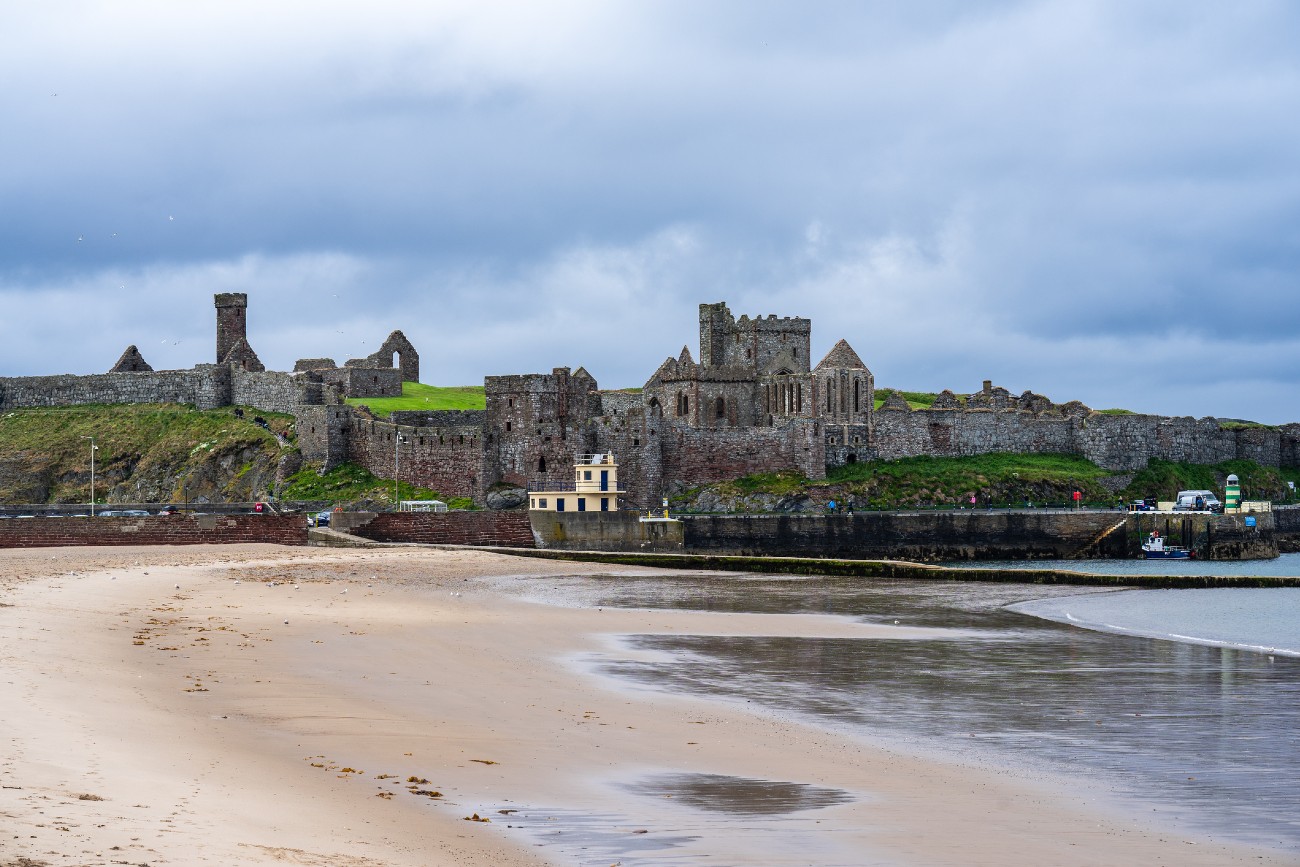